What an amazing end to a very exciting 2015.  On November 12th 2015, we were named 2015 Kent Wedding Awards – Cake Designer of the Year.  To say we were shocked was a complete understatement.  When our names were announced we think we sat in our chairs for five minutes before we realised it was Bluebell Kitchen that had been called out. 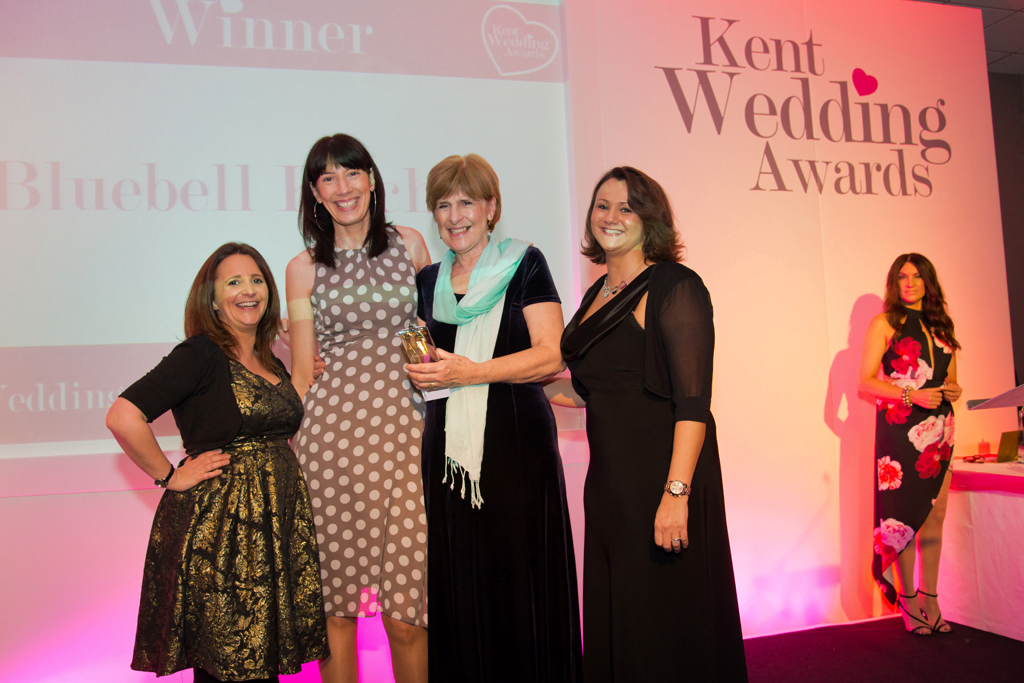 With over 7000 couples marrying in Kent each year, the Kent Wedding Awards offer the venues, suppliers and services involved in organising weddings in Kent a chance to show just how hard working and fantastic they are!

Can you believe there are 26 categories at the Kent Wedding Awards.  It really does give the Oscars a run for it’s money, although no speeches are allowed…phew!

We knew that the judges were looking for cake makers with a difference.  They stated that they were looking for cake businesses that offer great choice and customer service and who can promise their brides something that is both visually stunning and delicious to eat (source: Kent Wedding Awards).  No pressure then!

For our entry we produced a detailed portfolio of our work and answered some very specific questions including everything from describing our consultation process to giving an example of our biggest challenge.  We also had to supply samples of our rich fruit cake, lemon cake and our signature flavour.  So what was our signature flavour…our carrot cake with a hint of orange buttercream.  Now we are quite used to delivering cakes to all over Kent and the South East, however delivering our sample cakes for judging was probably one of the more nerve wracking deliveries that we have had! 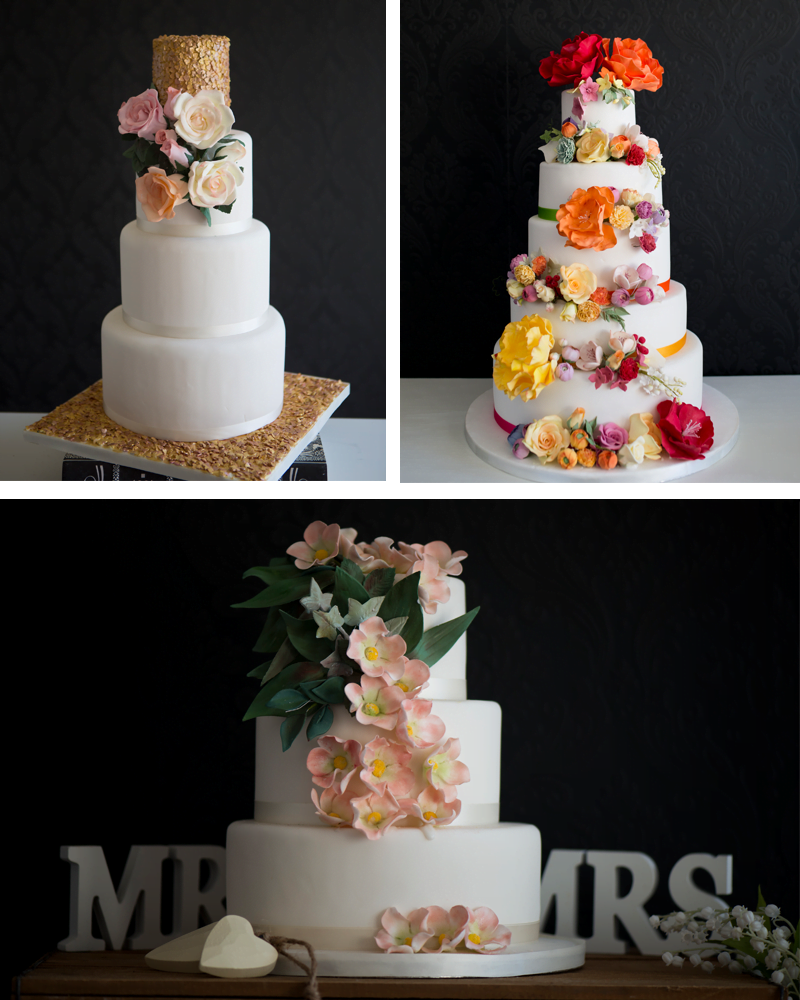 We were delighted to simply be finalists as this was the first year that we had entered the awards.  Our fellow finalists included All Shapes and Sizes, Cake Mountain, Cake-a-licious, Cakesy and Bakesy, Cobi and Coco Cakes, Little Brown Fairy Cake, Shelleys Cakes and Whitstable Cake Company.  A number of the other finalists had won the award in previous years so there was some real competition within this category.

Attending the Awards Gala Dinner at The Mercure Maidstone (and yes, to Erica’s delight there was a red carpet) was a fantastic opportunity to catch up with other wedding suppliers who we often only see briefly at shows and of course wear something a little more glamorous than our usual aprons!

Realising that our table was placed right at the back of the room, we really didn’t think there was any chance at all that we might win!  Sitting at the same table as our photographer Yvette Craig and meeting the team from The Barn at Tunbridge Wells meant we had a fantastic evening and soaked up the atmosphere of the event!  Suddenly Lucy Porter (comedian and presenter) announced our names as 2015 Kent Wedding Awards – Cake Designer of the Year!  Shock, surprise and delight all in one go…it’s only just sinking in now!

We were described as having:

…great presentation and delicious cakes! Judges commented on Bluebell Kitchen’s detailed information sheet demonstrating how closely they work with their couples and loved the idea of Tasting Weekends. The 5 tier floating flower design was a real show stopper and couples feedback was excellent. 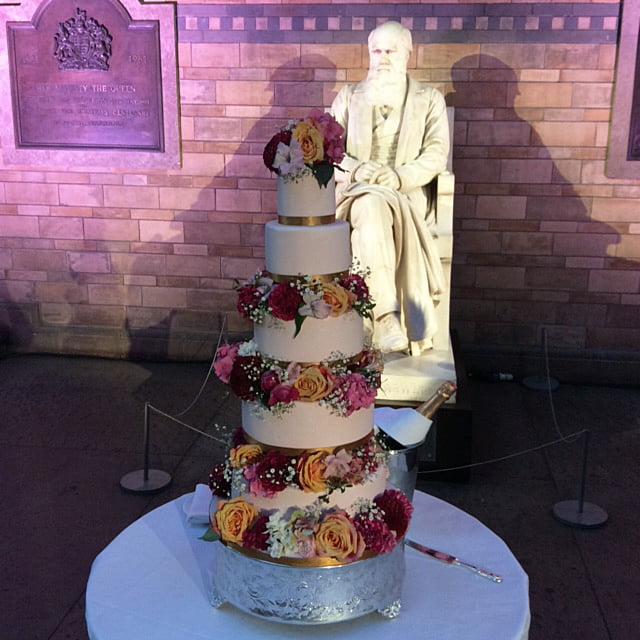 Since the awards we have had so many lovely messages of support and we cannot wait to build on this…roll on 2016!

Christmas Treats For Gift Ideas – The Story Behind Our Online Shop