London YA Literary Convention 2014 has arrived 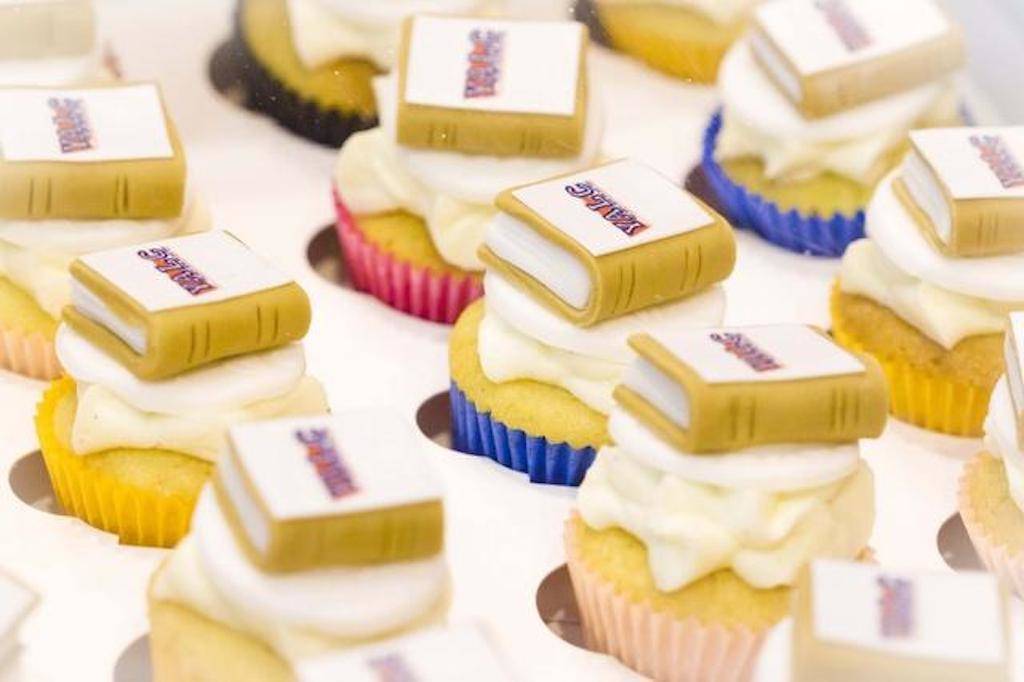 The countdown to Saturday, 12th July 2014 had been epic…everywhere you looked on Twitter #YALC popped up! Curated by Children’s Laureate, Malorie Blackman, the inaugural Young Adult Literary Convention (YALC) took place on July 12th and 13th as part of London Film and Comic Con 2014 at Earls Court. We, at Bluebell Kitchen knew that this event would be amazing and were thrilled to be a tiny part of such a huge event. Creating our mini edible cupcakes for the invitation only party for 200 authors, publishers and supporters on the evening of Saturday 12 July was always going to be very exciting.

As you might know from our previous blog posts travelling on trains and tubes with many, many cakes can be an adventure.  The cakes (and us) arrived in one piece, and at Earls Court Tube Station we knew we were in the right place when a Transformer calmly crossed the road in front of us along with his three Spidermen friends!  We didn’t get pictures as we were too busy negotiating the crowds but we did take pictures of these wonderful people:

The crowds of people who attended Comic Con and YALC itself were huge, but we found our way to one of the side entrances eventually…in fact Charlie’s highlight was the fact that Robert Knepper aka T-Bag from Prison Break held the door open for us as we carried all the cakes in! We were met by Katherine (one of the key organisers of YALC), set up the cakes for the party and had a sneaky peak around the event just before it closed before attending the party ourselves.

Malorie Blackman even tweeted, “…and they were really tasty!”

Everyone hopes that YALC will be back next year, even bigger and better, as it was such a huge success and we were delighted to play a small part in it.

A Cascade of Macarons for a Luxury Wedding Cake at Claridges