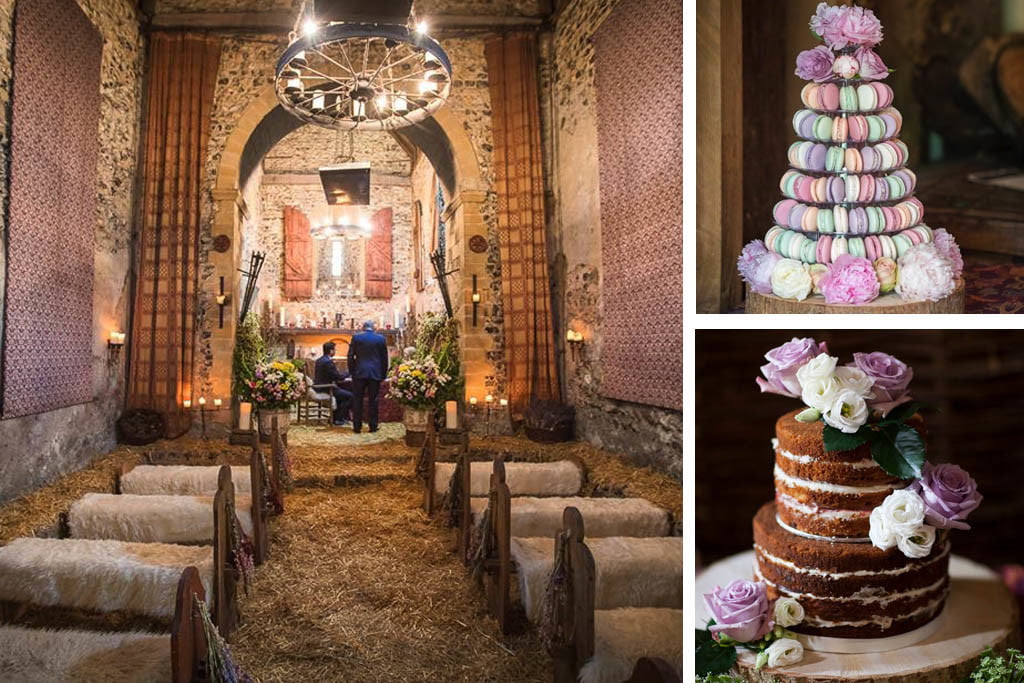 Our base in Kent means we get some amazing opportunities to deliver wedding cakes to lots of beautiful and sometimes very unique wedding venues. One such venue, which we’d definitely describe as both, is The Lost Village of Dode. 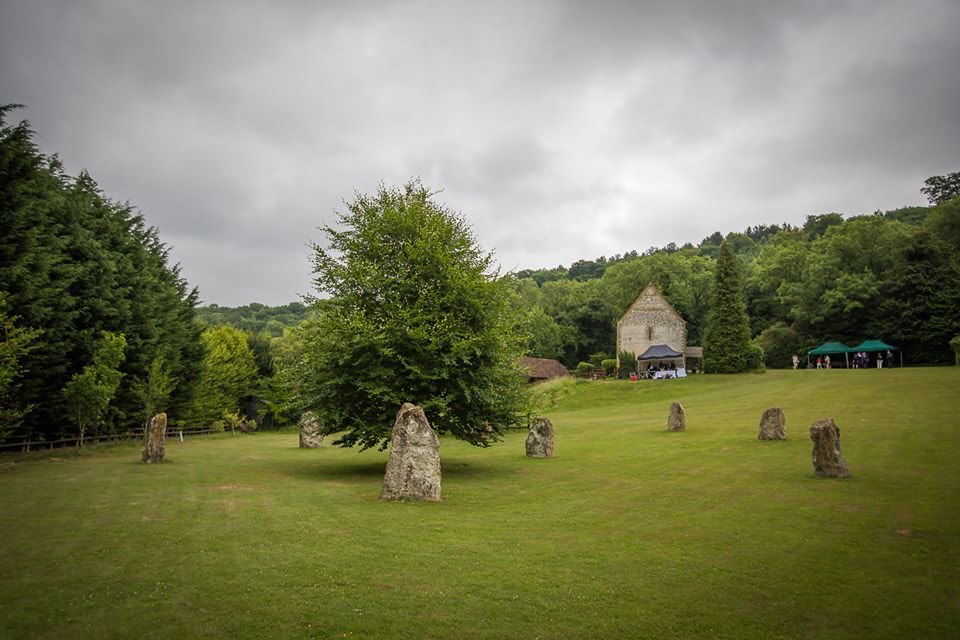 “The Lost Village of Where?” we hear you ask…no before designing and making wedding cakes we hadn’t heard of it either. A Google search later and we learned all about one of the quirkiest and, in our opinion, most beautiful venues in Kent.

Located in an almost forgotten valley between Luddesdown and Holly Hill, astride the North Downs of Kent, is a Norman building standing sentinel over the site of its former village, the village known as Dode. 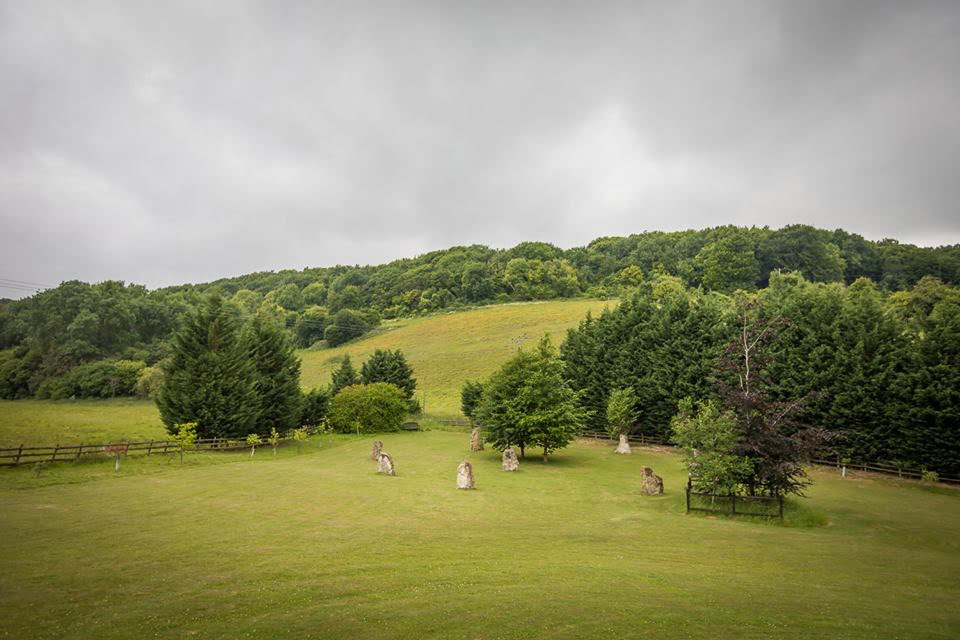 The Village of Dode was destroyed in 1349 because of the Black Death and shortly afterwards the building was abandoned. The small Norman building is a rare and magical place, looking almost exactly as it did over 900 years ago when it was first built in the reign of William Rufus, the son of the Conqueror. It was left unused until 1901 when restoration began and it was eventually returned to the Catholic church.

Since 1999, it’s been owned by Doug and Mary Chapman who have lovingly restored it to its former glory and it is now licensed as a civil wedding venue.

Bluebell Kitchen first visited Dode a few years ago with one of our very first wedding cakes for Daryl and Phil – talk about stepping into the unknown! From the moment we turned off the main road at Caxton and headed onto the North Downs down the tiniest and windiest of country lanes, no one said a word! 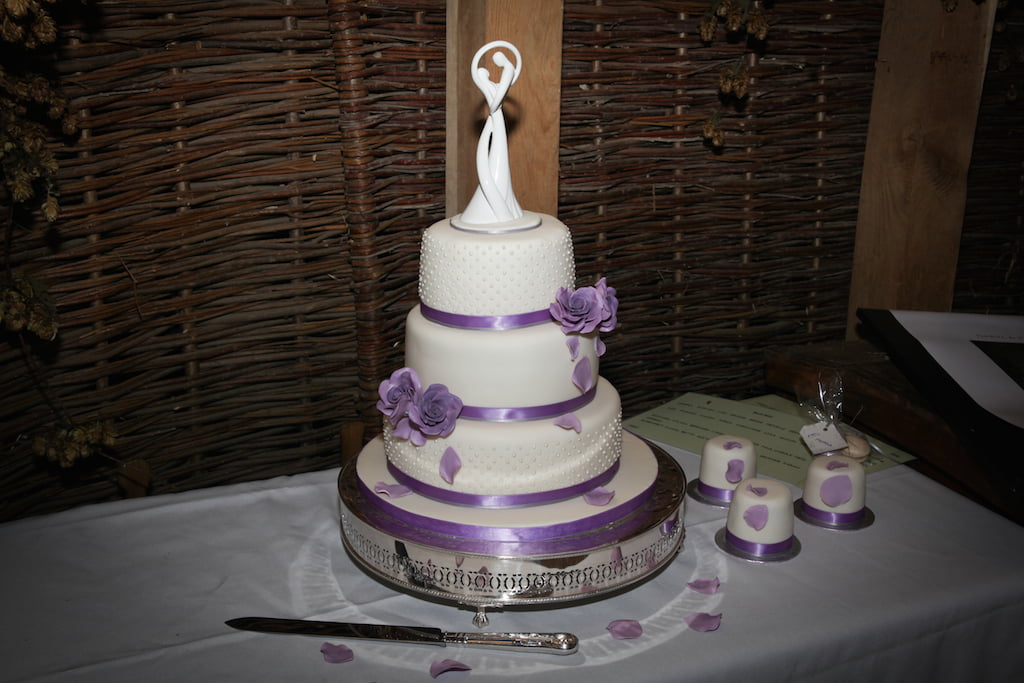 The intimate chapel is first used for the ceremony before being turned into the most amazing reception area. We always feel like we’ve been transported back in time as the venue is filled full of candles and the floor liberally strewn with herb scented straw. 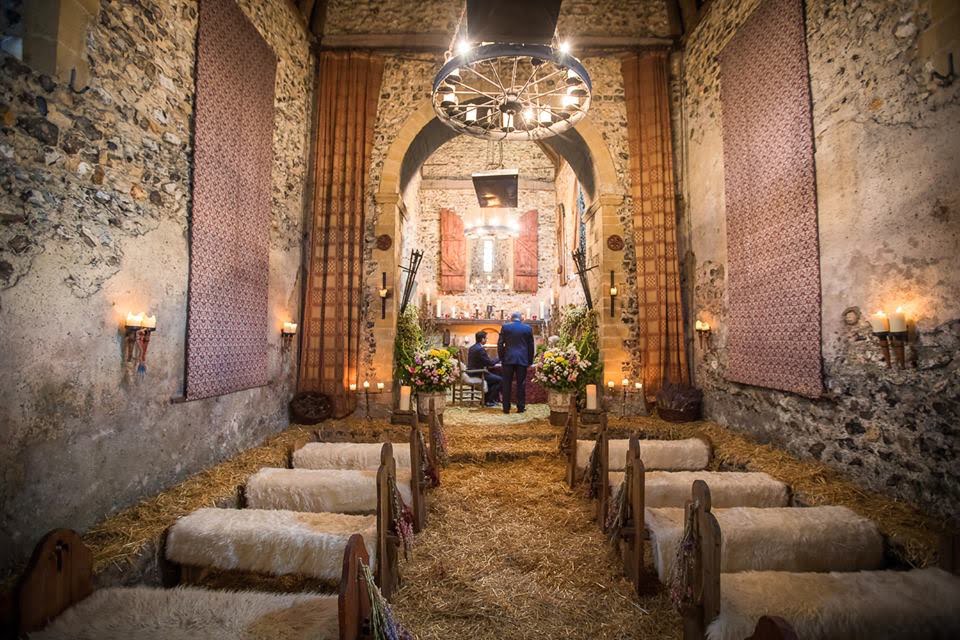 It is only suitable for the most intimate of weddings (up to 40 max!) and they offer both traditional style weddings and handfasting “pagan” wedding ceremonies.

Each time we have had the pleasure of visiting Dode, we have had to time our arrival very carefully to get there just as the marriage ceremony has finished. Rain or shine, the wedding party has to go outside whilst the venue is transformed into a mini Middle Ages banquet for their reception.

On a sunny day…perfect, however for Sarah and Richard’s glorious Medieval wedding, it was raining just as we arrived. Not a problem for us though, we set everything up complete with the full wedding party in attendance and the mead flowing! 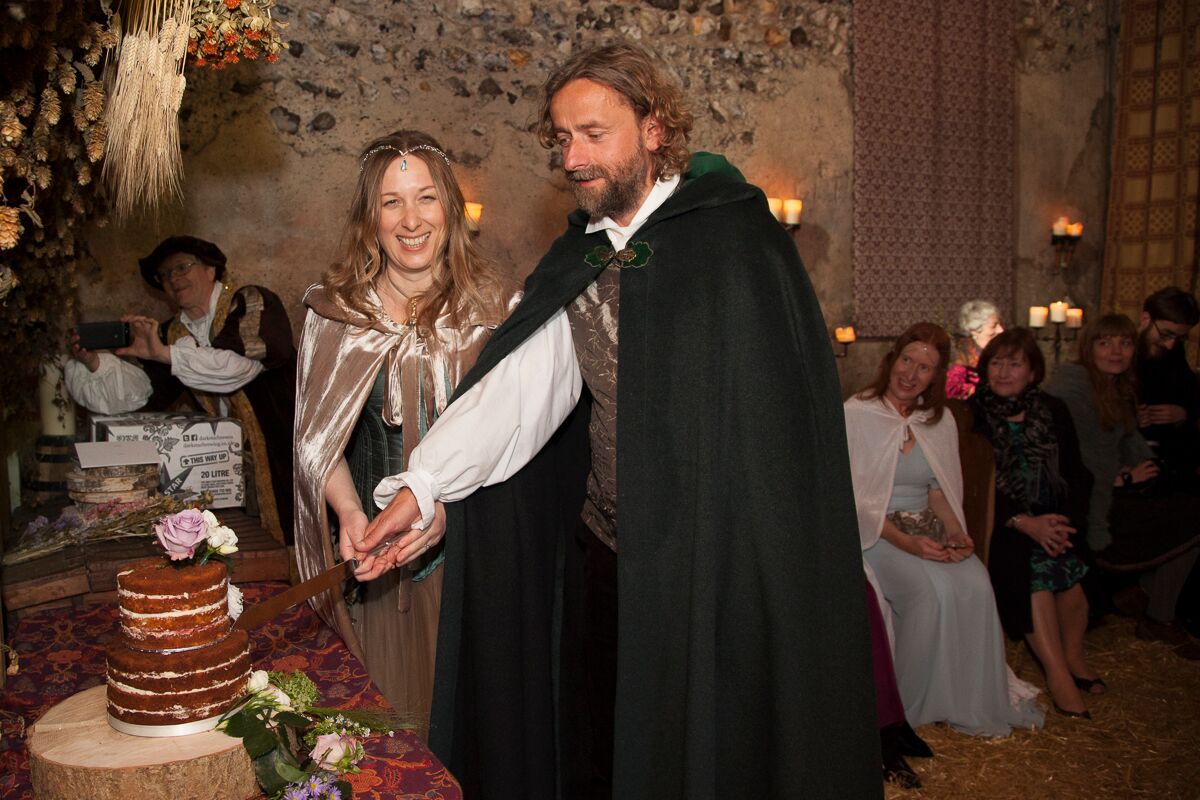 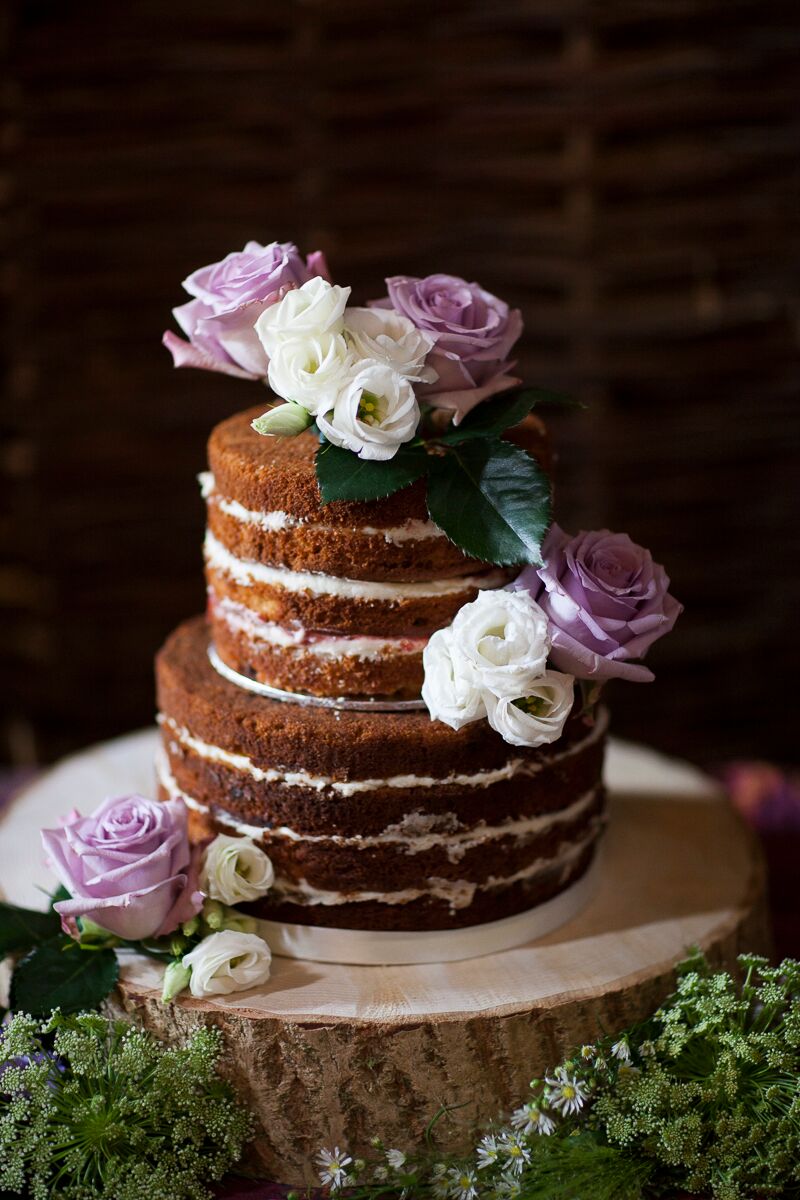 We’ve got more trips to this venue planned and we can’t wait. Here is a sneak peek at a wedding held at Dode earlier this month… 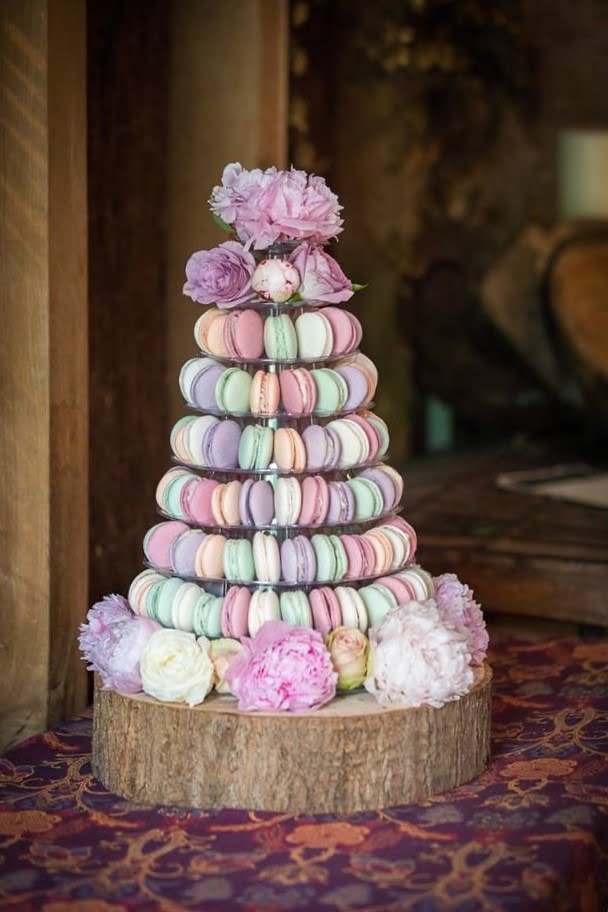 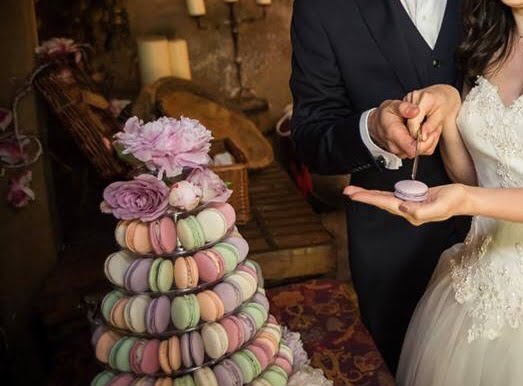 A big thanks to Daryl and Phil, Sarah and Richard, Danny Melgiovanni and David Fenwick for the photos of our wedding cake creations.

Faking it? What are dummy wedding cakes and do I need one?