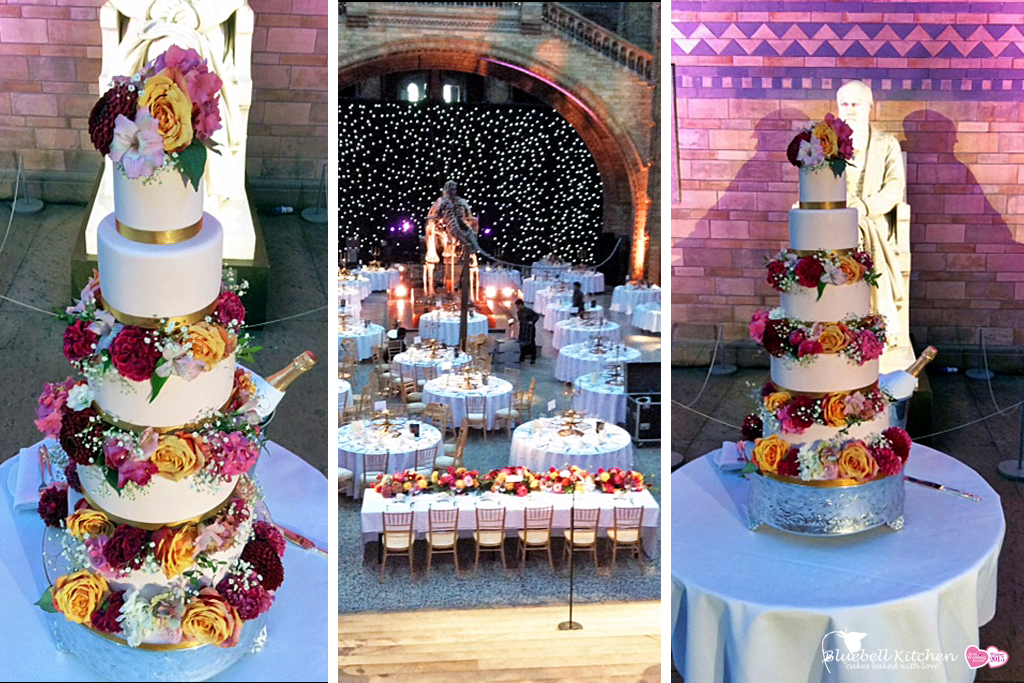 Being based in Kent we have the opportunity to make and deliver wedding cakes to some of the most amazing wedding venues all over the South East.  As such we thought, why not share some of these breathtaking and sometimes downright quirky (Lost Village of Dode anyone!!) venues with you.  Where do we start, well probably with the biggest and most internationally well known…The Natural History Museum. 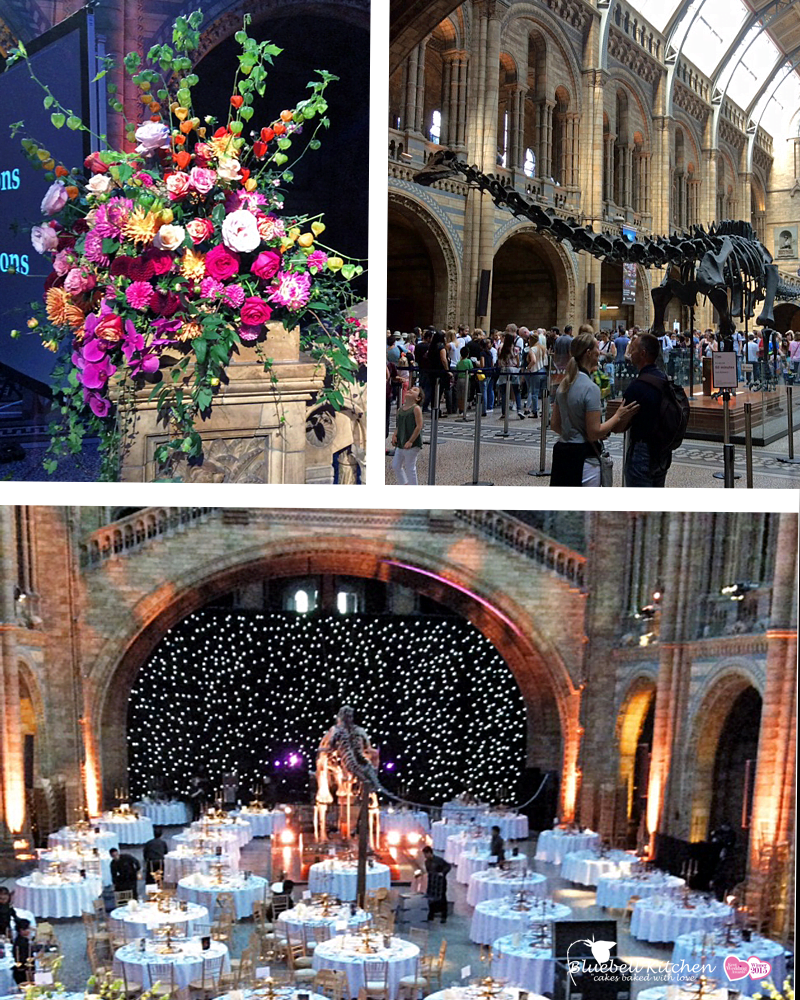 We first met Neha and Amit at our Tasting Weekends.  They mentioned in passing that their venue was The Natural History Museum and their reception would be held in Hinze Hall.  You know which one we mean…oh yes, the iconic central hall of the museum complete with the giant Diplodocus.  The cake would be presented on the main staircase for all to see…wow and wow!   We knew that Neha and Amit would be making their entrance onto the main staircase and for a brief period of time their wedding cake would be the focus for the entire wedding party…no pressure then!

Challenges soon appeared.  Being open to the public, the Museum would not be available to any suppliers until 6 pm the evening of the reception.  Every supplier had a maximum of 75 minutes to turn the Hinze Hall into the most amazing wedding venue imaginable.  No problem you might think, the cake could be iced and decorated and placed in position on arrival…hmm, not quite true!  Our clients wanted a five tier ‘floating’ design complete with real flowers.  This meant that the cake could not be ‘built’ or decorated until arrival.

How did we deal with this…planning and then more planning.  We immediately contacted their florist (Gail Smith) to discuss suitable flowers and obtained copies of Neha’s mood boards as well as liaised with their caterers as they would be responsible for running the event.  About two weeks before their wedding we attended a compulsory contractors meeting at the Museum to discuss timings and how the set up process would work…in theory!

At 6 pm on Neha and Amit’s wedding day we arrived armed with flowers and multiple iced tiers in different sized boxes to set up their wedding cake.  Just one problem, no cake table…for at least 30 minutes.  That did not stop us.  Knowing that we were on a tight turnaround, under the watchful eye of Charles Darwin’s statue, surrounded by flowers, tape and scissors we started to prepare the cake.  Finally a cake table appeared (in fact two came along at once) and the five tier extravaganza was lifted into place. 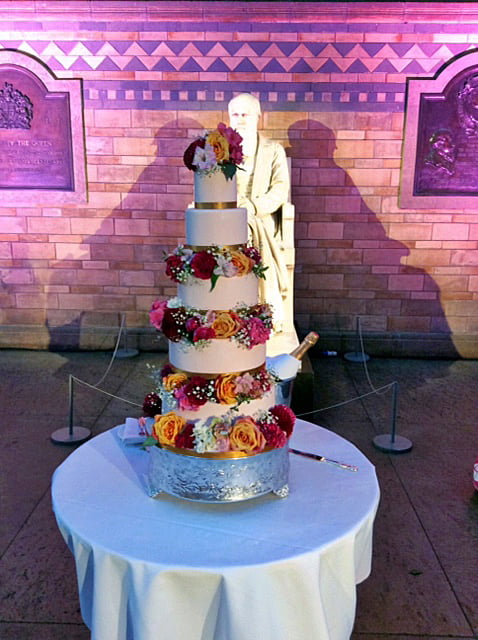 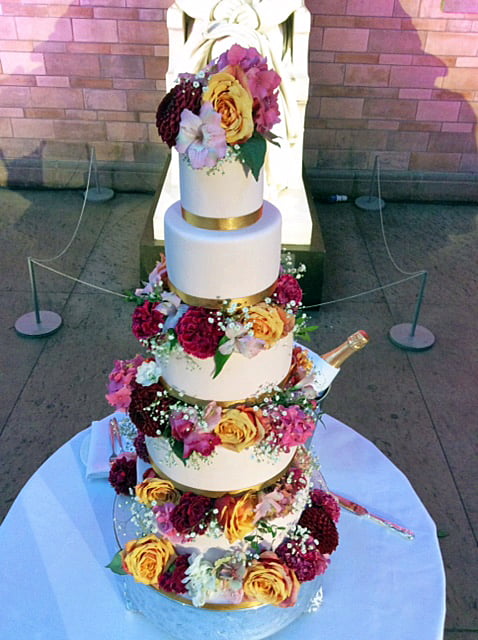 The piece de resistance, besides the cake of course, was this amazing video trailer of the couple’s wedding day filmed by Denee Motion.  In fact if you are simply interested in more cake photos – only us then! – skip to 2:19 to see the beautiful couple cutting their five tier show piece.

Our only challenge left was how to successfully leave the Museum…not quite as simple as it sounds, but we will leave that story for another day.

A Cascade of Macarons for a Luxury Wedding Cake at Claridges